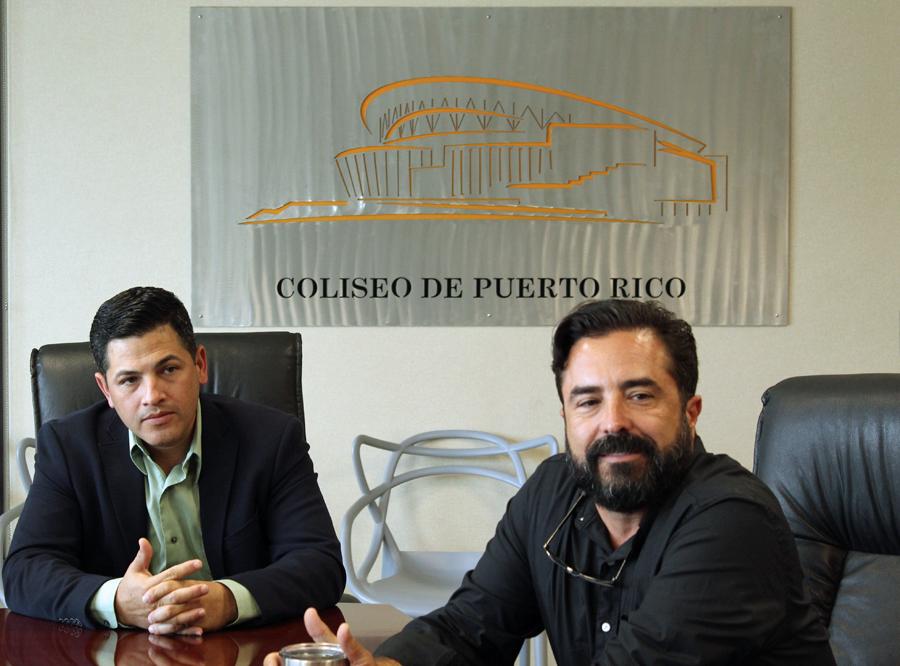 The management of the Coliseo de Puerto Rico, the island’s largest events venue, announced it has entered into an agreement with local firm Ticketera for a new box office service effective Sept. 1.

This marks the first time the coliseum changes its third-party ticketing service, which for 15 years was handled by Ticketpop, owned by Banco Popular.

During a meeting with members of the media, Cajina explained that the Ticketpop contract was set to expire Aug. 31. So, SMG, the firm that operates the venue, and the Puerto Rico Convention Center District Authority — which owns the coliseum — began exploring the possibility of improving its offer.

“So, we opened a request for proposals process, in which several companies participated,” he said.

Cajina said the change responded not just to ticket sales, but to other features and services that Ticketera offered — such as an interactive map that customers can use to select their seats, as well as buying, receiving and redeeming tickets through mobile phones. Ticketera will also offer new payments methods to the coliseum, such as Apple Pay and ATH Mobile.

“We continue to work so our visitors have the best possible service. With this new platform, the consumer will receive tickets by e-mail and can see them on their mobile phones, which will eliminate long lines at the ticket office on days we have events,” said Cajina.

According to the 2019 Digital & Mobile Behavioral Study presented by Puerto Rico Sales and Marketing Executives Association several months ago, Puerto Rico has more than 2.3 million internet users. Of those users, 98% access the internet via their mobile device.

Manuel Morales, president of Ticketera, said, “since we established our platform, we were clear on the digital market trend. For this reason, it was designed to be ‘mobile first.’ It’s not necessary to have an application and the purchasing process is very easy for the consumer. Part of our mission is to develop technologies that facilitate and enhance the experience of our customers.”

Morales has 20 years of experience in the mobile ticketing solutions business, as he was the developer of the Ticketpop platform launched in 1999. He sold the business in 2003 to Banco Popular and remained as part of the executive team until 2015.

He and two partners launched Ticketera in 2016 and, so far, have invested $500,000 to “reach a level of sophistication to offer its services,” Morales said.

This is the first major contract for the business that generates 12 full-time and 25 part-time jobs, Morales said.

Aside from ticket sales, subsequent phases of Ticketera’s service will include allowing customers pay for food and parking at the venue, Cajina said.

Furthermore, event producers will have immediate access to ticket sales, so they can monitor activity and create waiting lists for sold-out events, among other benefits, Cajina said.

“We know that this union with Ticketera will bring positive results for our visitors and will allow us to continue as leaders in the entertainment industry on the island and the Caribbean,” Cajina said.

The executive also noted that although the transition from Ticketpop to Ticketera will be completed by Sept. 1, people who have already bought tickets for events taking place after that date will not have to do anything with them. The tickets will be valid via the new system.