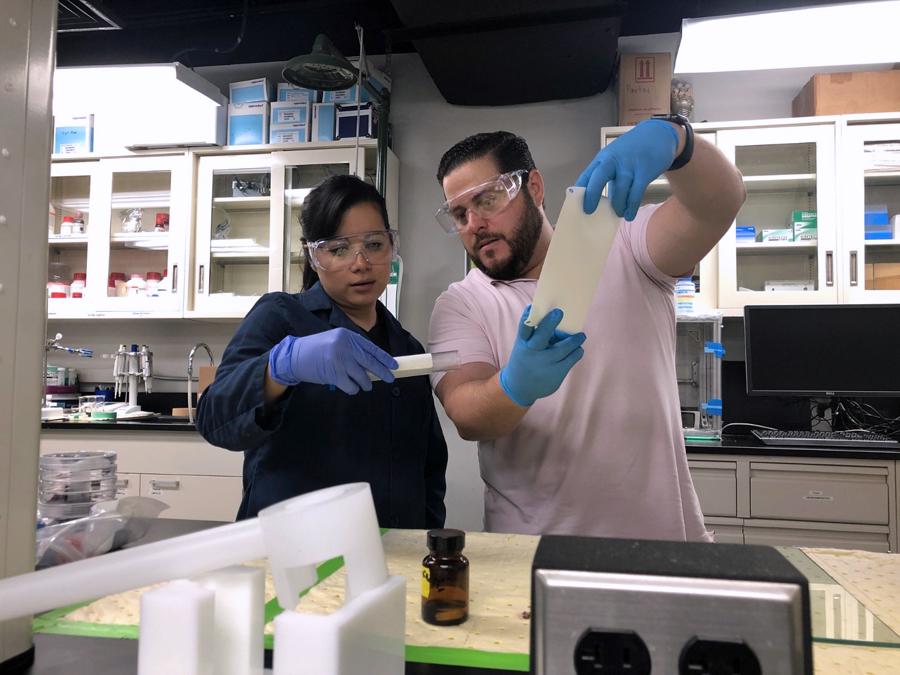 Following an “arduous selection process” and after competing with more than 50 proposals from different parts of the United States, Eduardo Nicolau, professor at the University of Puerto Rico’s School of Natural Sciences, has received a $3 million grant.

The funding is for a project called “Puerto Rico Space Partnership for Research, Innovation and Training to Engage the Next Generation of Explorers” that will run for a three-year period. Funds will be split into $1 million a year to cover the proposal that was one of eight selected through a competitive evaluation method.

The Research funded by the National Aeronautics and Space Administration (NASA), aims to contribute to the development of new technologies that contribute to the advancement of future space missions and, which in turn will enable the agency to achieve its purpose of returning to the moon.

Nicolau said the selected students will be trained in areas of entrepreneurship and commercialization and will contribute to the development of technologies related to the areas of physical sciences and chemistry.

“They will be under the strict supervision of the teachers involved in the proposal, who together with the researcher and chemist will direct the course of the investigation,” the UPR said in a statement.

They must have a minimum GPA of 3.00, submit an essay outlining personal and professional aspirations and belong to academic programs in chemistry, biology, physics and/or architecture.

In addition, program members will collaborate with students and teachers of the UPR’s School of Architecture in Río Piedras ” to generate prototypes that lend themselves to commercialization,” Nicolau said.

To make that phase possible, Rafael Vargas-Correa, director of Manufacturing Facilities (FabLab) and professor at the School of Architecture, “will be responsible for providing the necessary tools so science students learn basics design and manufacturing of three-dimensional printing, laser cuts, among others,” Nicolau said.

This project, which will be based in the UPR’s Río Piedras campus, is expected to develop technologies that have the potential to improve the lives of human beings, Nicolau said.