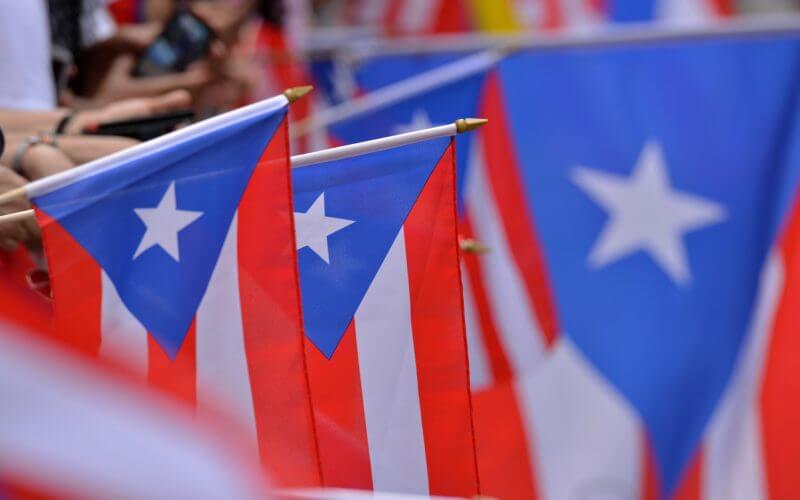 Puerto Rico is home to one of the most vibrant and resilient startup ecosystems in Latin America. As is the case with most of the world, the onset of COVID-19 has caused small businesses on the island to shut down, and hundreds of thousands of people are unemployed.

However, Puerto Rico’s hardships started long before the pandemic. In 2014, the island was already struggling with $123B of debt and went down as the largest bankruptcy case in the history of the US public bond market. Then, in 2017, Hurricane María struck and killed over 3,000 people and left the US territory with over $90B in damages.

Consequently, the island’s population of 3.2M is declining at a rate of 2.1% per year due to brain drain and low birth rates. About 22,000 STEM students graduate each year in Puerto Rico, but 60%-70% of these graduates leave the island in search of better opportunities elsewhere. A recent report revealed that in the next two years it is expected that 300,000 residents will leave the island as the pandemic deepens the economic crisis.

One of the ways in which Puerto Rico is combating these challenges is by building a solid startup community in San Juan that has converted the island into a bridge between Latin America and the global market.

The Puerto Rican government has also established numerous tax incentives to attract foreign startups and tech companies to the island. Companies exporting from the island have a fixed income tax rate of only 4% and the government also offers a 50% tax credit for research and development costs. Another benefit of doing business in Puerto Rico is that it only takes 5.5 days to start a business, compared to the Latin American average of 31.6 days.

The local government noticed the positive effects of innovation in Chile with Start-Up Chile, and wanted to emulate that model. One of the most notable initiatives is Parallel18, a government-backed accelerator led by Sebastián Vidal, former Executive Director of Start-Up Chile. The accelerator is supported by the Puerto Rico Science, Technology, and Research Trust, the Department of Economic Development and Commerce (DDEC), and the Puerto Rico Industrial Development Company (PRIDCO).

Parallel18 has attracted thousands of entrepreneurs and has accelerated over 200 startups since its launch. The accelerator plays a huge role in strengthening the island’s local startup community and in transforming Puerto Rico into a launchpad for Latin American entrepreneurs to expand their businesses globally. Startups that participate in the program have access to a global network of mentors along with financial support.

There are also many other initiatives that seek to boost Puerto Rico’s economic development through entrepreneurship such as Centro Para Emprendedores, Piloto Labs, Echar Pa’lante, ConPRometidos, Startup Grind San Juan, Colmena 66, and Puerto Rico is the Answer. As part of the many efforts helping the island with its recovery, several entrepreneurs have taken interest in providing local and innovative solutions to very real infrastructural problems uncovered by the hurricane in the energy, agriculture, and health sectors.

Here are 11 startups that are redefining Puerto Rico’s ecosystem as the island works towards recovery.

Sunne Cleantech Lab is a startup that focuses on developing and selling solar products that save energy and promote the adoption of renewable sources of energy. Sunne Heater, the company’s first product, is a solar water heater that is 50% more compact and 40% lighter than standard solar water heaters.

The startup states that the installation of two Sunne Heater modules can offset the CO2 emissions equivalent to those emitted by 1 car. Founded by José Lebrón and Sheilla Torres-Nieves in 2014, Sunne Cleantech Lab has participated in Parallel18 and Startup.pr in the past.

Zomio is a security startup, founded by Ishmael Lebrón and Raúl Valle, which develops sensors that monitor the environmental conditions within a car, particularly the carbon monoxide levels and the internal temperature, to determine if a life, such as a child or a pet, is in danger. Aurora Angel Network recently announced Zomio as its first investment with a contribution of $210K.

Abartys Health is a health insurtech platform that allows seamless data flow and communication between insurers, doctors, and patients in Latin America and the US. The startup, founded by Lauren Cascio and Dolmarie Mendez, recently raised $2.6M fromRevolution’s seed fund Rise of the Rest, and in the past has received funding and support from Parallel18.

Burea is a mobile app that helps consumers earn cashbacks on their daily purchases by engaging and incentivizing them to upload their shopping receipts. The platform also captures engagement and offline sales analytics. Burea is the first Parallel18 startup to raise $2M in a single round.

Entregameds is a mobile app that delivers medicine to workplaces in Puerto Rico and other parts of the Caribbean. In the month after Hurricane María, the startup expanded by 400%, helping deliver to remote areas and even extended its service to provide deliveries to the Virgin Islands, which had also been affected.  Entregameds also recently saw a surge in demand in large part due to home deliveries rising in popularity since the start of the pandemic.

BrainHi helps medical personnel communicate with potential patients by handling phone calls, texts, and Facebook messages with an automated bot that can schedule doctors’ visits and answer non-medical questions. During COVID-19, patients have been able to easily cancel and reschedule doctors’ appointments with the help of BrainHi.

Israel Figueroa Fontanez and Emmanuel Oquendo founded BrainHi in 2017 after Hurricane María tore through the island and made communication with doctors’ offices nearly impossible. Magma Partners and Parallel18 have invested in BrainHi, which was also the first Puerto Rican startup to get into YCombinator.

In 2014, Alan and Nestor Taveras founded Brands of Puerto Rico, an e-commerce platform for local product exports. The Taveras brothers created the company after experiencing firsthand the feeling of nostalgia for Puerto Rican products while living abroad. They sought to provide the antidote through their platform. Brands Of, has since expanded into Mexico, Nicaragua, and the Dominican Republic, and was the first Puerto Rican startup to raise $1M.

Migo IQ is a platform that enables brick-and-mortar retailers and venues to increase revenue by offering customers personalized in-store shopping experiences with real-time recommendations. The platform achieves this interaction through beacon technology (that is, small wireless Bluetooth transmitters). Jonathan Kotthoff in partnership with Gery Kotthoff, Carol Leese, and Jim Scott founded the startup in 2015. After purchasing 65,000 beacons, Migo IQ became the largest beacon purchaser in the Western hemisphere.

Dame Un Bite is an online food delivery startup that connects diners with restaurants through its app. Founded by José Ortiz in 2017, the startup has a presence in eight different municipalities across the island. Since the start of the lockdown, Dame Un Bite has been collaborating with Brands of Puerto Rico to deliver products to Puerto Ricans staying at home.

Raincoat is an insurtech startup that instantly processes claims and allows clients to collect payments automatically within 24 hours of an event. Cataclysmic weather near a policyholder’s home or business triggers the payment, which covers property damage as well as any anticipated loss of income due to the storm. Jonathan Gonzalez and three partners founded Raincoat in 2017 a few months after Hurricane María devastated the island.

TextualMind is an automated AI and blockchain internal auditor. The SaaS platform analyzes and reviews regulations, company policies and procedures, and quality records in order to provide companies with actionable intelligence to help better allocate their efforts. The platform, which participated in Parallel18, mainly focuses on medical devices, pharmaceuticals, and due diligence.

Taking into consideration everything that the island has been through, Sebastián Vidalbelieves that Puerto Ricans are prepared to face crises like the COVID-19 pandemic. In the same way that Parallel18 regrouped during Hurricane María to provide support to the ecosystem, the accelerator is once again helping entrepreneurs during challenging times with its Business Continuity Fund. The fund is intended to help alumni whose startups maintain operational or commercial ties to Puerto Rico and has a target of 41 startups that will receive a $25K investment each.

Sebastián explains that there are many opportunities lying ahead for Puerto Rico’s ecosystem, especially in research and development. Over the years, the island has had to find solutions to problems such as food and energy shortages which are not unique to this territory. By tackling global problems, these solutions hold tremendous potential to create an impact across the world and to reach a global market.

Just as Puerto Rico was getting back on its feet, it was hit with Hurricane María, and now, COVID-19. However, Puerto Ricans have proved to be resilient in the face of adversity, not letting crises define them. Instead, they are taking these sets of circumstances as an opportunity to collaborate and strengthen their communities while on this uncertain road to recovery.