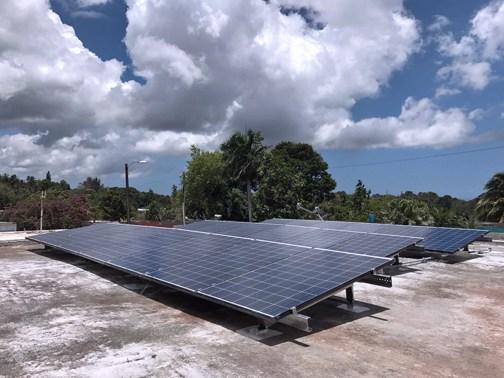 “Within months of our 10th anniversary, which represents 10,000 installations, we celebrate that 1,000 of these have been performed in Florida in less than three years,” said Máximo Torres, president of Maximo Solar Industries.

“Our presence in Florida, where we are proud to be the only solar company founded by Hispanics, has allowed us to create 75 job opportunities that add up to the 120 generated in Puerto Rico,” he said.

“We thank each of our clients in both Puerto Rico and Florida who have placed their trust in Maximo Solar Industries to produce their own energy, and we remain committed to continue being one of the leading solar companies in the United States and Puerto Rico,” he added.

Solar Power World created the “Best Solar Contractors” list to recognize the work of solar contractors in the United States and Puerto Rico. Published annually, this list celebrates the achievements of a diversity of solar energy professionals in the United States: developers, subcontractors and installers in the residential, commercial and large-scale markets; and classify contractors according to the kilowatts installed in the year prior to publication.

The solar energy market is expected to grow by 14% in 2019, with more than 12 new GW of solar energy entering the network this year — enough to power 2.28 million homes in the United States, the company said.