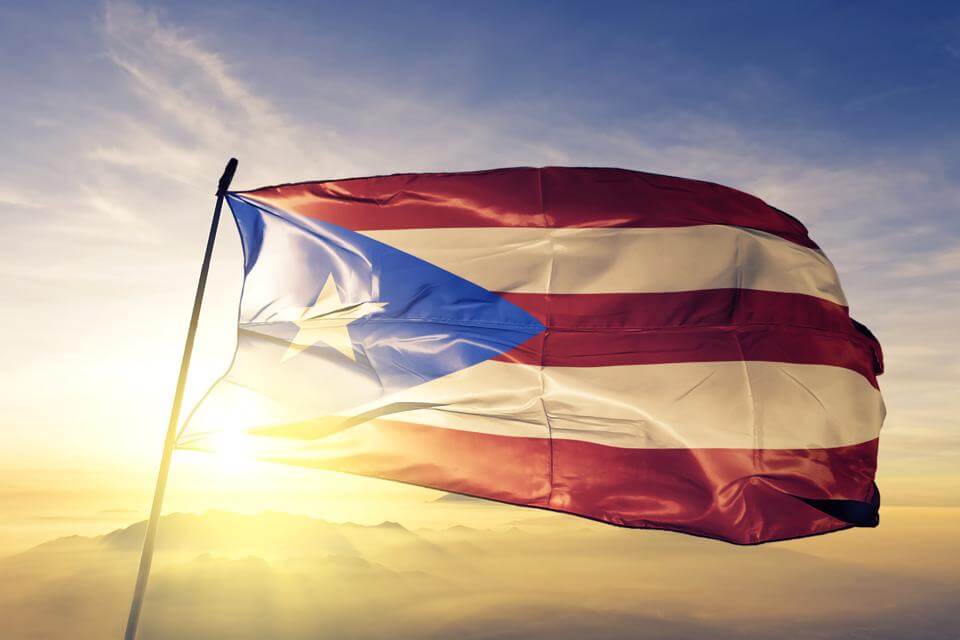 My number one rules for venturing anywhere new are pack light—travel deep—and get to know a city’s entrepreneurial ecosystem—because it’s people work up close and personal with their community’s greatest needs. The longer I’m based in Puerto Rico the more I see evidence of this every day. And that’s why I stay.

A few months ago, while working out of the San Juan-based accelerator, Parallel18, I ran into mechanical engineering student, Karlos Miranda, who was diligently writing out formulas and studying for an upcoming exam. Miranda graduated from Parallel18’s last cohort, and is attending university while building his startup, WATRIC Energy Resources, which aims to expand home sustainability in Puerto Rico through a technology that produces water directly from air, free of air compression systems.

“The product is designed for people who already have renewable systems in their homes, specifically people with solar panels,” says Miranda. “These people are always looking for ways to live off the grid, but when it comes to the topic of water there isn’t much discussion, and there aren’t many alternatives. After Hurricane Maria when we saw the dependency of micro-grids and people always needing water in their homes we wanted to provide an alternative for drinking water that doesn’t depend on the grid.”

Sebastian Vidal, executive director of Parallel18’s international startup program, which accelerates startups from the U.S., Latin America and Europe, says he’s seeing more industry-driven companies as of late launch from Puerto Rico. He says much of this activity is a direct response to Hurricane Maria—which devastated the island in 2017—the same year that the territory filed for the biggest U.S. municipal bankruptcy in history.

“It’s not that the companies are addressing hurricane issues, it’s that they are addressing the problems that arise after hurricanes, which include energy, agriculture and health,” he says, referencing Sunne Cleantech Lab’sproprietary compact solar water heater and the DIY renewable energy battery kits of Affibox.

He also notes that on the agriculture front, the startupAgrobeads creates biodegradable spheres made from natural ingredients that help reduce the amount of water used in irrigation and provide plants with nutrients.

With regard to disaster relief, the startup Raincoatfacilitates insurance payments for natural disasters. Meanwhile, the nonprofit ConPRmetidos, has started long-term earthquake recovery efforts for the southwestern part of the island, thanks to its team’s real-time data gathering efforts.

In the healthcare sector, INSU Health Design is testing a cooler to keep medicines at the right temperature during extended power outages. Entregameds delivers medicine to workplaces in Puerto Rico and other parts of the Caribbean. And the company, BrainHi, provides a bilingual virtual assistant for medical offices.

While these aforementioned sectors are rising, Vidal sees most of the island’s future tech innovation revolving around manufacturing. According to a report by Invest Puerto Rico, manufacturing generates 47 percent of the GDP for Puerto Rico with 36 percent of that consisting of bio-pharma and life sciences, 22 percent coming from computers and electronics, and 27 percent tied to basic chemicals.

The same week I met Miranda, a few miles away from Parallel18, mechanical engineering student and Parallel18 graduate, Alex Herrero, was perusing the previously abandoned Children’s Museum of Old San Juan. With wood and upcycled materials sprawling the floors, the iconic building is in the early stages of evolving into Imaginación, an upcoming interactive art exhibit, being built to create jobs and generate revenue that will go toward supporting business education and STEM programs on the island.

Herrero, who launched the augmented reality (AR) startup, Mukaro, is using (AR) to enhance some of the exhibit’s art installations and storytelling through collaborating with Creator Academy, the Puerto Rico-based nonprofit spearheading the project.

With tech entrepreneurs like Herrero implementing AR technology and world famous artists like Puerto Rico-born Don Rimx painting murals on the museum’s walls, the initiative is cultivating a vibrant community of makers, engineers and creatives from across the island.

“In essence, Imaginación is a startup that we need to make profitable, says Creator Academy co-founder Evan Arteaga. “Once we’re up and running and generating a pool of income, we’ll determine where the best places are to apply capital and measure and trace the impact. We’ve learned that one of the biggest problems is that a lot of very young people here aren’t learning English, which will hold them back from being successful in international business. So there are specific pain points we can look at, and then see if it’s best to bring in traditional educational resources or the latest and greatest, high-tech tools.”

In June, Puerto Rico’s resident commissioner in Congress, Jennifer González, announced allocations of nearly $1.7 million to make science more accessible at universities and to promote agriculture as an economic alternative. Notable STEM education programs supporting youth on the island are being conducted by a number of organizations including the local FIRST®chapter,  Ciencia Puerto Rico, the Puerto Rico STEAM Learning Center, Boys and Girls Clubs of Puerto Rico ,Edublock, which is creating technology community centers to teach coding to high school students, and thePuerto Rico Science, Technology and Research Trust, which has invested upwards of $50 million in STEM-related projects.

The Opportunity to Penetrate US & Latin American Markets

As for investment in startups, Parallel18 gives its founders $40,000 equity free for completing its international program. The accelerator’s Pre-18 program, which is focused solely on Puerto Rican entrepreneurs with companies that have a product or a prototype that hasn’t reached the market yet, gives its founders $20,000.

“The first is that the market is relatively self-contained, which is a benefit in the near term because almost everyone including partners that make decisions and talent to hire, almost everyone is two degrees of separation away just by nature of being on a self-contained island,” says Kern. “The longer term benefit is what I think we’re currently facing. How do we take these businesses that have been successful in the microcosm of Puerto Rico and help them expand globally? And does it mean taking a solution that has the benefit of having a lower cost base [in Puerto Rico], but still the prevalence of the US consumer market, or do we look toward Latin America, using a US institutional framework, given that Puerto Rico is part of the US and protected by the same IP laws, but then call sell more sophisticated solutions to a Latin market?”

Additionally, new capital firms and investors are moving and establishing themselves in Puerto Rico. Some of these include Parliament Capital, MoonSail Capital, ATO Ventures and Celeres Capital.

“Many of the companies we are working with on an advisory basis that are not on the island have either expressed interest or even taken action to move some or all of their business to Puerto Rico,”  shares Kurt Pfluger, co-founder and managing partner at Celeres Capital. “Our presence here, the commitment we have made to the island, along with the potential benefits of moving to Puerto Rico are a powerful combination in their minds that demonstrates how valuable we believe the incentive program is to the future growth of business on the island.”

The Power of Diversity & Human Capital

In addition to attracting new money and new talent, the Puerto Rico startup ecosystem is cultivating diversity among its founders.

Marie Custodio, Parallel18’s outreach manager, says she and her team discovered that 45 percent of the current program’s international founders are women, while 50 percent of the founders in the first local program were women. Fifty!

“We’re also seeing diversity in age,” says Custodio. “People have this idea that founders in tech companies and startups are usually 20 years old coming out of the dorm, but our average is actually 35 years old.”

This bodes well for young founders like Miranda, who says Parallel18’s diverse network around the world is its greatest asset.

“The best thing I learned was to make the most of the mentors and the human and social capital that we have here in Puerto Rico,” he says. “Tomorrow, I have a virtual meeting with someone who’s going to help me with the value chain in another country. I didn’t realize the power of a global network before I did Parallel18.”

The Heart of Community

As the resilience and international connections of Puerto Rico’s startup ecosystem grow, so does the strength and heart of its community. World traveler and CEO of the travel platform Hitlist, says Puerto Rico has one of the strongest startup communities she’s seen across the globe. Building a remote team, she’s able to live anywhere under the sun.

When asked why she chose Puerto Rico she said: “I was looking for a place that was urban, near-ish New York, warm, and felt like it was going to be more important in 30 years on the world stage than it is today. San Juan felt like a random city to add to my list, but two friends had been through Parallel18 and had nothing but amazing things to say about the city and island. From the moment I landed, I could see what they were talking about.”

Puerto Rico-born Gustavo Diez, founder of the PR startup guide Joinbased, believes the island is in its early stage of flourishing.

“How we say it in Spanish is  ‘a punto de caramelo,’ says Diez, reflecting on the days he skipped high school to attend TEDx Youth, SBA Seminar Programs and hackathons.

“At that time [2010-2012], there weren’t that many events or opportunities for young entrepreneurs to get involved in anything related to startups and tech, and I wanted to learn as much as possible,” he shares. “Back then, you had the traditional and established players of the ecosystem, such as Grupo Guaycan and Echar Pa’Lante promoting entrepreneurship, yet it wasn’t mainstream, and they had seasonal events. Now, almost a decade later, many things have changed.”

If there is one thing, the people of Puerto Rico understand, it’s the ability to change and adapt. The home-grown solutions here addressing health, climate change, and education are needed around the world.  So if you decide to visit Puerto Rico, pack light, travel deep, and stay for awhile. You’ll be happy you did.

As originally reported in: Forbes