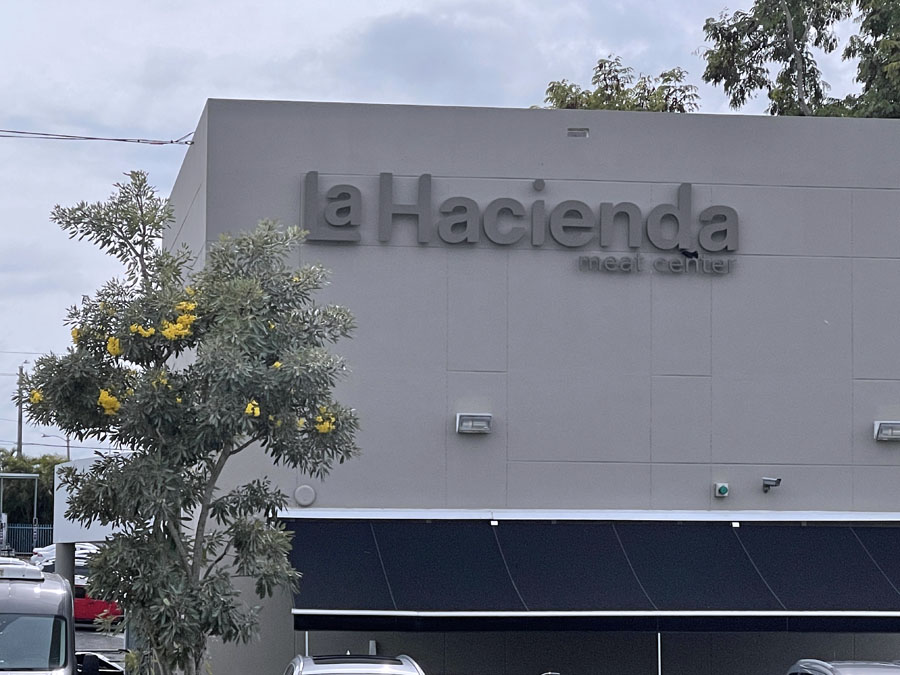 La Hacienda, a local family-owned business established in 1979, is in expansion mode with plans to open two stores in the San Juan metro area in coming weeks and crossing the Atlantic into the US mainland in coming years to continue fueling its growth.

In an exclusive interview with News is my Business, La Hacienda COO Jorge Bonnet said new stores will open in Montehiedra and Condado in May or early summer. Although he refrained from disclosing the planned investments for the two locations, he said their addition will create a combined 50 new jobs.

The location in the works in Montehiedra will span about 5,600 square-feet and will follow the model already in place in the Altamira and Miramar stores, which incorporate grocery aisles, a deli, the Hacienda San Pedro coffee shop, and outside seating.

The Condado store, which will move into the former Yerba Buena location on Ashford Ave., will span about 3,000 square feet of space designed to cater more to the grab-and-go crowd, he said.

“This is more of an urban store catering to walk-in traffic of people who buy fewer things but more frequently,” Bonnet said. “In recent years we’ve established ourselves more in grab-and-go and heat-and-serve and we’re emphasizing on those services more in Condado.”

Both stores were in the works before the COVID-19 pandemic hit in March 2020, but their opening dates were pushed back a few months because of the crisis, he said.

“We stopped construction and development when the pandemic took off to be able to focus on our main stores, because we didn’t know how it was going to go in terms of the lockdown. After the restrictions were eased somewhat, demand took off incredibly, so we’ve been trying to catch up,” Bonnet said.

“It has been a very good year, but it has also been a very difficult year, and now it’s extremely tough to get people to work, and I believe we’re not the only ones experiencing that challenge,” he said, noting that the search is on for employees who will be assigned to positions at existing La Hacienda stores, so they will be “seasoned” and ready to fill the jobs at the new stores in the pipeline.

In all, La Hacienda has about 210 employees at its locations in Altamira (Guaynabo), Miramar (San Juan), San Francisco (San Juan), Dorado, Popular Center (Hato Rey) and City View Plaza (Guaynabo). The plan is to boost that number to as many as 270 hires, he said.

Over the past year, La Hacienda has also expanded its online shopping options, as well as its pick-up and delivery services, Bonnet said, noting those options are “here to stay.”

Bonnet also said that as a result of the pandemic, La Hacienda has struck new partnerships with other local companies, such as delivery company Dame un Bite to get online purchases to customers and adding fresh pastries and bread from Horno de Panne in Hato Rey to its mix, “which is about helping each other out.”

Footprint to grow beyond SJ metro area
La Hacienda’s growth plans call for opening a few more stores in the San Juan metro area in both of its modalities — traditional and smaller locations that cater more to the lunch and grab-and-go crowds, he said.

“It’s tough to plan these days, but we’re looking for opportunities to expand in other areas. We want to open a few more stores in the San Juan metropolitan area, as well as Caguas, and the Palmas del Mar community in Humacao, which he said will initially be covered through its delivery service from its online store.

Rincón, Aguadilla, and Mayagüez are also on the radar, although Bonnet said opening stores in the western towns will require planning how fresh food will be distributed, as La Hacienda produces the majority of what it sells.

“We would have to create production capacity in that area, which would be a good experiment. We would create something that may run remotely and if that works, we would like to look at the possibility of creating a cluster of stores in the United States based on that model,” Bonnet said, adding the chain would need a combination of warehouses and stores with kitchen production space, so that they can be self-sufficient.

But to cross the pond, La Hacienda would seek a strategic partner “because it’s a huge move, so having that partner who brings expertise on how and where to operate in the United States would allow us to go there with the model we create,” said Bonnet, adding the target date to have stateside presence would be in 2025-2026.

Ultimately, La Hacienda could be looking at having at least 15 stores in its chain.